The story of a double-glazing showroom in Essex in 1983, led by charismatic salesman Vincent who will happily break the rules if it guarantees a sale. 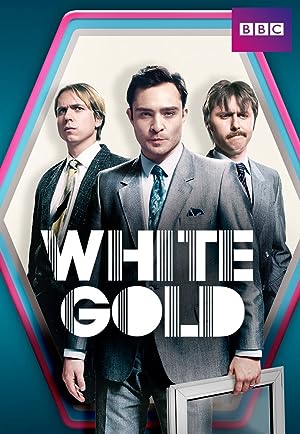 White Gold is a 2017 BBC comedy series, featuring a group of UPVC window salesmen in mid-1980s Essex. It stars Ed Westwick as Vincent, the head of a double-glazed windows sales team, with former Inbetweeners cast members Joe Thomas and James Buckley. BBC Two announced that series two of the show would air on 6 March 2019. Series 1 was released internationally by Netflix on 11 August 2017.