A financial advisor drags his family from Chicago to the Missouri Ozarks, where he must launder money to appease a drug boss. 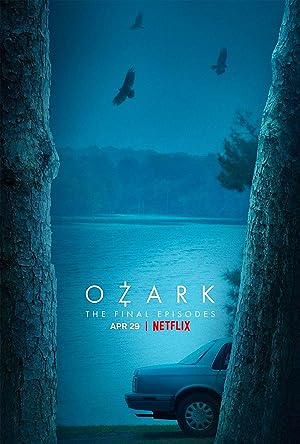 Ozark is an American crime drama web television series created by Bill Dubuque and Mark Williams for Netflix and produced by Media Rights Capital. The series stars Jason Bateman and Laura Linney as a married couple who are forced to relocate their family to the Ozarks to launder money for a Mexican drug cartel. Bateman also serves as a director and executive producer for the series. The first season of ten episodes was released on July 21, 2017; the second season of ten episodes was released on August 31, 2018, and the series was renewed for a third season of ten episodes on October 10, 2018, which was released on March 27, 2020.Ozark has received positive reviews from critics, with particular praise for its tone, directing, and acting. The series has received 14 Primetime Emmy Award nominations including Outstanding Drama Series, with Bateman winning for Outstanding Directing for a Drama Series and Julia Garner for Outstanding Supporting Actress in a Drama Series, both in 2019. In addition, Bateman has received two Golden Globe Award nominations for Best Actor – Television Series Drama.