Set in a post-Jax Teller world, "Mayans MC" sees EZ Reyes, a former golden boy now fresh out of prison, as a prospect in the Mayan MC charter on the California-Mexico border who must carve out his new outlaw identity. 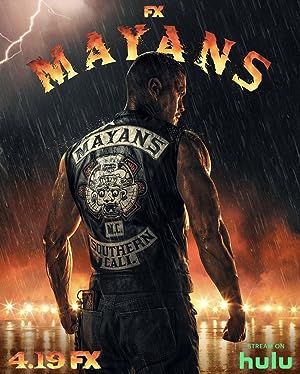 Mayans M.C. is an American crime drama television series created by Kurt Sutter and Elgin James that premiered on September 4, 2018 on FX. The show takes place in the same fictional universe as Sons of Anarchy, and deals with the Sons' rivals-turned-allies, the Mayans Motorcycle Club. In October 2018, it was announced that FX had renewed the series for a second season, which premiered on September 3, 2019. In November 2019, the series was renewed for a third season.