Navy SEAL Team Six attempt to eliminate a Taliban leader in Afghanistan when they discover an American citizen working with the enemy. 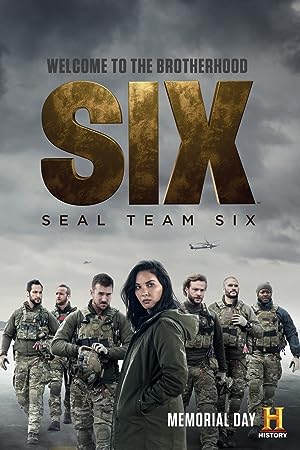 Six (stylized as SIX) is an American television drama series. The series was ordered by the History channel with an eight-episode initial order. The first two episodes were directed by Lesli Linka Glatter. Six premiered on January 18, 2017.Six was renewed for a second season of 10 episodes on February 23, 2017, which premiered on May 28, 2018, with the second new episode airing during its regular timeslot on May 30, 2018. On June 29, History announced they had cancelled the series after two seasons.