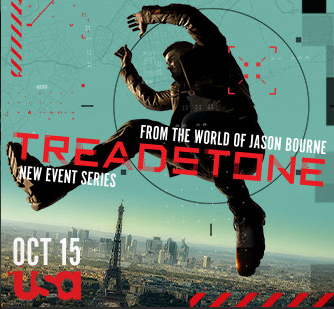 Treadstone is an American action drama television series, connected to and based on the Bourne film series. A "special preview" of the pilot aired on USA Network on September 24, 2019, ahead of its October 15, 2019 premiere. The series was created by Tim Kring, who is also expected to executive produce alongside Ramin Bahrani, Ben Smith, Jeffrey Weiner, Justin Levy, Bradley Thomas, and Dan Friedkin.