Sheriff Deputy Rick Grimes wakes up from a coma to learn the world is in ruins and must lead a group of survivors to stay alive. 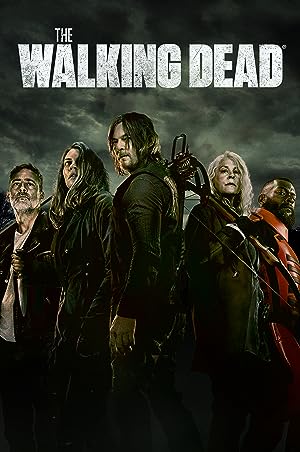 The Walking Dead is an American post-apocalyptic horror television series developed by Frank Darabont for AMC that is based on the comic book series by Robert Kirkman, Tony Moore, and Charlie Adlard. Andrew Lincoln plays the show's lead character, sheriff's deputy Rick Grimes, who awakens from a coma to discover a world overrun by man-eating zombies, commonly referred to as "walkers". Grimes reunites with his family and becomes the leader of a group of other survivors. Together, they struggle to adapt to a post-apocalyptic world filled with walkers and with other groups of survivors, the living often more dangerous than the dead. Much of the series takes place in and around Atlanta, Georgia, and later Alexandria, Virginia.The series premiered in the United States on October 31, 2010. It is exclusively shown on cable television channel AMC in the U.S. and internationally on Fox International Channels. Beginning with its third season, The Walking Dead has attracted the most 18 to 49-year-old viewers of any cable or broadcast television series. The series was renewed for a ninth season, which debuted on October 7, 2018. An AMC spin-off series, Fear the Walking Dead, debuted on August 23, 2015.The series has been well received by critics, although reception has become more mixed as the series has progressed. It has been nominated for several awards, including the Writers Guild of America Award for New Series and the Golden Globe Award for Best Television Series – Drama.