A hip-hop mogul must choose a successor among his three sons who are battling for control over his multi-million dollar company, while his ex-wife schemes to reclaim what is hers. 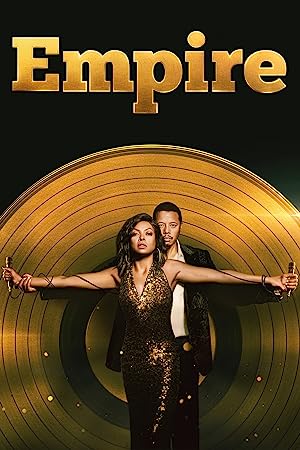 Empire is an American musical drama television series created by Lee Daniels and Danny Strong for Fox. It is a joint production by Imagine Television and 20th Century Fox Television and syndicated by 20th Television. Although it is filmed in Chicago, the show is set in New York. The series centers on the fictional hip hop music and entertainment company Empire Entertainment, and the drama among the members of the founders' family as they fight for control of it. The pilot was a success, garnering praise for Taraji P. Henson's portrayal of Cookie Lyon. The series premiered on January 7, 2015 to nearly 10 million viewers while the first-season finale was watched by 17 million viewers. On April 30, 2019, Fox renewed the show for a sixth and final season. It premiered on September 24, 2019.