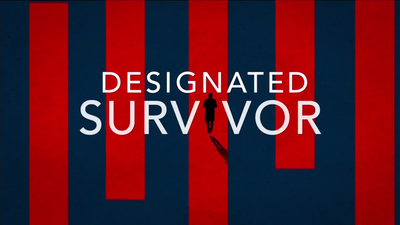 Designated Survivor is an American political thriller drama television series created by David Guggenheim that aired on ABC for two seasons. Season three aired exclusively and globally on Netflix. Kiefer Sutherland stars as Thomas Kirkman, an American politician named as the designated survivor for the State of the Union address, who suddenly ascends from the position of U.S. Secretary of Housing and Urban Development to President of the United States after an explosion kills everyone ahead of him in the presidential line of succession. Kirkman deals with his inexperience as head of state while looking to uncover the truth behind the attack. The project skipped the pilot stage and was ordered straight to series on December 14, 2015, followed by a formal announcement on May 6, 2016. The first episode premiered on September 21, 2016, to an audience of over 10 million viewers. Eight days later, a full season order was announced. The series was renewed for a second season on May 11, 2017, which premiered on September 27, 2017. In May 2018, ABC canceled the series after two seasons. In September 2018, Netflix and Entertainment One announced they had reached a deal to pick up Designated Survivor for a third season of 10 episodes with the latter being solely responsible for production of the series. The third season premiered on Netflix on June 7, 2019. In July 2019, the series was canceled by Netflix.