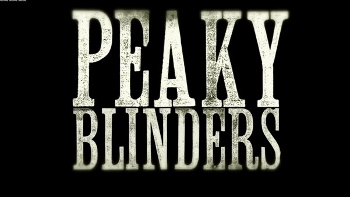 Peaky Blinders is a British crime drama television series created by Steven Knight, that premiered on BBC Two on 12 September 2013. The series is primarily set in Birmingham, England, and follows the exploits of the Shelby crime family in the aftermath of World War I. The fictional gang is loosely based on the Peaky Blinders, a real 19th century urban youth gang who were active in the city from the 1890s to the early twentieth century. Cillian Murphy stars as Tommy Shelby, the gang's leader, with Helen McCrory as Tommy's aunt Elizabeth "Polly" Gray and Paul Anderson as his older brother Arthur Shelby respectively, who serve as the gang's second-most senior members. In May 2018, after the show's Drama Series win at the BAFTA TV Awards, Knight confirmed his "ambition of making it a story of a family between two wars, and by ending it with the first air raid siren in Birmingham", which was 25 June 1940. After the conclusion of the fourth series, he confirmed that it would take another three series (seven in total) to complete the story up to that point. The fifth series premiered on BBC One on 25 August 2019 and finished on 22 September 2019.