A look at the final days of the Knights Templar during the 14th century. 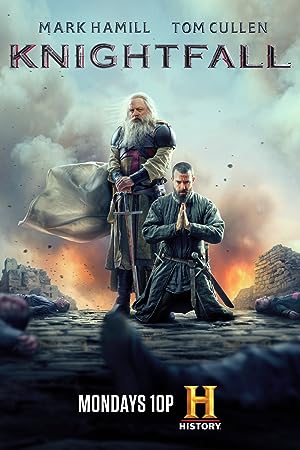 Knightfall is a historical fiction drama television series created by Don Handfield and Richard Rayner for the History channel. Filmed in the Czech Republic and Croatia, it premiered on December 6, 2017 in the United States. On August 13, 2018, History renewed the series for a second season, which will premiere on March 25, 2019 and consist of eight episodes. Knightfall recounts the fall, persecution, and burning at the stake of the Knights Templar, as orchestrated by King Philip IV of France on October 13, 1307. The series focuses on the fictional Templar leader Landry du Lauzon, a brave warrior discouraged by the Templars' failures in the Holy Land who is reinvigorated by news that the Holy Grail has resurfaced.