Set in a future where consciousness is digitized and stored, a prisoner returns to life in a new body and must solve a mind-bending murder to win his freedom. 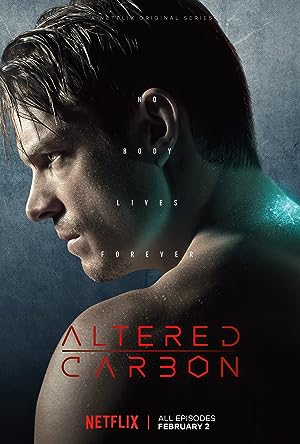 Altered Carbon is an American cyberpunk web television series created by Laeta Kalogridis and based on the 2002 novel of the same title by English author Richard K. Morgan. In a world where consciousness can be transferred to different bodies, Takeshi Kovacs, a former soldier turned investigator, must solve a murder. The first season consists of ten episodes and premiered on Netflix on February 2, 2018. On July 27, 2018, the series was renewed for a second season of eight episodes, which was released on February 27, 2020. The series received generally positive reviews.