Set 400 years in the future, finds the crew of the U.S.S. Orville continuing their mission of exploration, as they navigate both the mysteries of the universe and the complexities of their own interpersonal relationships. 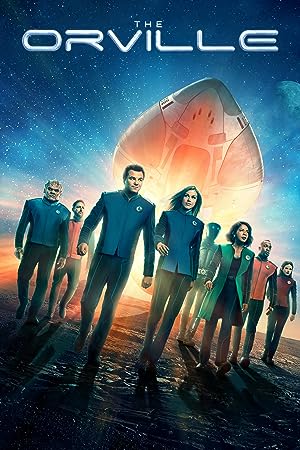 The Orville is an American science fiction comedy-drama series created by and starring Seth MacFarlane. The series premiered on Sunday, September 10, 2017. MacFarlane stars as Ed Mercer, an officer in the Planetary Union's line of exploratory space vessels whose career took a downturn following his divorce, and who is given the titular ship as his first command, only to discover that his ex-wife, Kelly Grayson (Adrianne Palicki), has been assigned to be his first officer. Inspired by several sources, including Star Trek and The Twilight Zone, the series tells the story of Mercer, Grayson, and the crew of the Orville as they embark on various diplomatic and exploratory missions.New episodes aired Thursdays on Fox during the 2017–18 season. On November 2, 2017, Fox renewed the series for a second season, which premiered on December 30, 2018 during the 2018–19 season.