The life and times of Larry David and the predicaments he gets himself into with his friends and complete strangers. 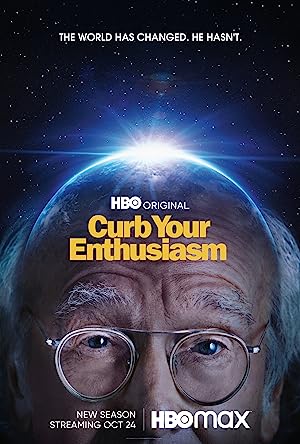 The HBO comedy television series Curb Your Enthusiasm premiered with an hour-long special on October 17, 1999. It was followed by a ten-episode first season that began airing on HBO on October 15, 2000.The series was created by Larry David, who stars as a fictionalized version of himself. The series follows Larry in his life as a semi-retired television writer and producer in Los Angeles. Also starring are Cheryl Hines as his wife, Cheryl; Jeff Garlin as his manager, Jeff; and Susie Essman as Jeff's wife, Susie. Curb Your Enthusiasm features numerous celebrity guest star appearances, fictionalized to varying degrees. The show's tenth season premiered on January 19, 2020. As of March 1, 2020, 97 episodes of Curb Your Enthusiasm have aired.