Set in a dystopian future, a woman is forced to live as a concubine under a fundamentalist theocratic dictatorship. 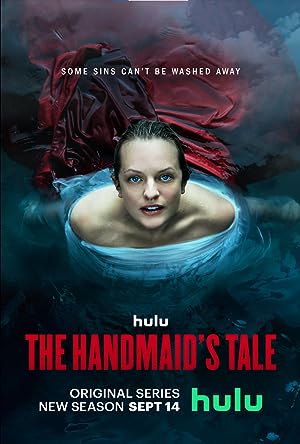 The Handmaid's Tale is an American dystopian drama web television series created by Bruce Miller, based on the 1985 novel of the same name by Margaret Atwood. It was ordered by the streaming service Hulu as a straight-to-series order of 10 episodes, for which production began in late 2016. The plot features a dystopian future following a Second American Civil War wherein a totalitarian society subjects fertile women, called "Handmaids", into child-bearing servitude.The first three episodes of the series premiered on April 26, 2017; the subsequent seven episodes aired on a weekly basis every Wednesday. In May 2017, the series was renewed for a second season which premiered on April 25, 2018.The Handmaid's Tale has received widespread critical acclaim and its first season won eight Primetime Emmy Awards from thirteen nominations, including Outstanding Drama Series. It is the first show produced by Hulu to win a major award as well as the first series on a streaming service to win an Emmy for Outstanding Series. It also became the first streaming series to win the Golden Globe Award for Best Television Series – Drama. Elisabeth Moss was also awarded the Golden Globe for Best Actress. In May 2018, Hulu announced that the series had been renewed for a third season.