When Steve McGarrett returns home to Oahu to find his father's killer, the Governor offers him the chance to run his own task force: Five-0. 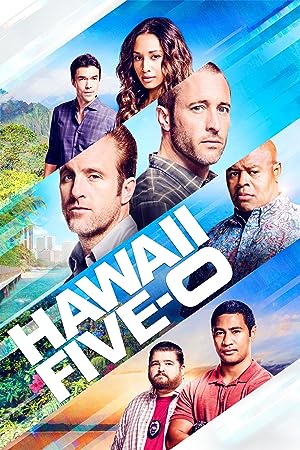 Hawaii Five-0 is an American action police procedural television series that premiered on Monday, September 20, 2010, on CBS. The series is a re-imagining of the original series, which aired on CBS from 1968 to 1980. Like the original series, the show follows an elite state police task force set up to fight major crimes in the state of Hawaii. The series is produced by K/O Paper Products and 101st Street Television, initially in association with CBS Productions, then CBS Television Studios since season three. The show has had three crossovers with other crime shows and has received praise for its modern take on the original series. Due to pay disputes, season 8 was the first season not to feature Daniel Dae Kim and Grace Park. Season 8 was also the first season not to feature Masi Oka following his departure in the thirteenth episode of the seventh season. Meanwhile, Meaghan Rath and Beulah Koale joined as new main cast members in season 8. On April 18, 2018, CBS renewed the series for a ninth season which premiered on September 28, 2018.