A skeptical tough ex-cop is forced to team up with a nerdy scientist who is a firm believer in the paranormal. They must help a secret L.A.-based government agency deal with unexplained and paranormal occurrences. 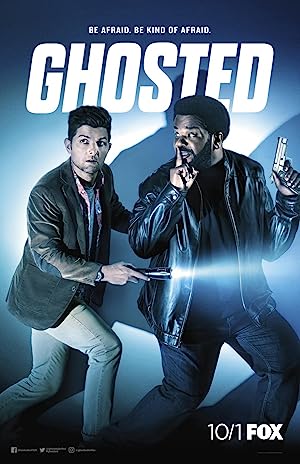 Ghosted is an American supernatural sitcom that premiered on Fox on October 1, 2017. The series debuted via streaming on the social media website Twitter on September 21 and September 24, 2017. The show stars Craig Robinson and Adam Scott as two polar opposites recruited to investigate paranormal activity in Los Angeles. On November 29, 2017, it was announced that Fox had ordered 6 more episodes of the show, bringing its first season total up to 16. It was also announced that Kevin Etten was being replaced as showrunner by Paul Lieberstein. On June 28, 2018, Fox cancelled the series after one season.