The adventures of a young spirit boy and his friends. 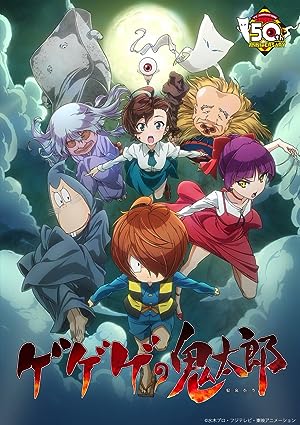 GeGeGe no Kitarō (ゲゲゲの鬼太郎), originally known as Kitarō of the Graveyard (墓場鬼太郎, Hakaba Kitarō), is a manga series created in 1960 by Shigeru Mizuki. It is best known for its popularization of the folklore creatures known as yōkai, a class of spirit-monster to which all of the main characters belong. This story was an early 20th-century Japanese folk tale performed on kamishibai. It has been adapted for the screen several times, as anime, live action and video games. The word "Ge Ge Ge" (ゲゲゲ) in the title is a cackling noise in the Japanese language.