An actor returns home after a public meltdown. Partnering with his police detective friend, he tries to use his acting experience to solve real crimes. 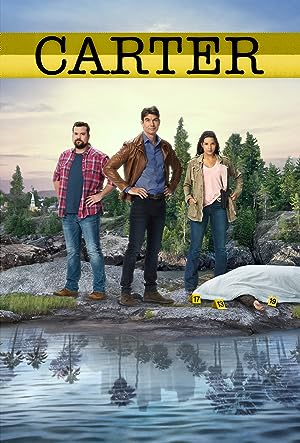 Marvel's Agent Carter, or simply Agent Carter, is an American television series created for ABC by Christopher Markus & Stephen McFeely, inspired by the 2011 film Captain America: The First Avenger, and the 2013 Marvel One-Shot short film of the same name. It is set in the Marvel Cinematic Universe (MCU), sharing continuity with the films and other television series of the franchise. The series was produced by ABC Studios, Marvel Television, and F&B Fazekas & Butters, with Tara Butters, Michele Fazekas, and Chris Dingess serving as showrunners. The series features the Marvel Comics character Peggy Carter, with Hayley Atwell reprising her role from the film series and One-Shot, as she must balance life as a secret agent with that of a single woman in 1940s America. Development on a series inspired by the Agent Carter short film had begun by September 2013, with Atwell's involvement confirmed in January 2014. That May, ABC bypassed a pilot, ordering the show straight to series, with James D'Arcy, Chad Michael Murray, and Enver Gjokaj starring alongside Atwell; they are joined by Shea Whigham for the first season. The series introduces the origins of several characters and storylines from MCU films, while other characters from the films also appear. The first season, consisting of eight episodes, originally aired from January 6 to February 24, 2015, while the second season, consisting of 10 episodes, originally aired from January 19 to March 1, 2016. Both seasons aired during mid-season breaks of Marvel's Agents of S.H.I.E.L.D. Despite a positive critical response, viewership fell steadily, and on May 12, 2016, ABC canceled Agent Carter.