A crusading school principal gets back into action as the original African-American electrical superhero. 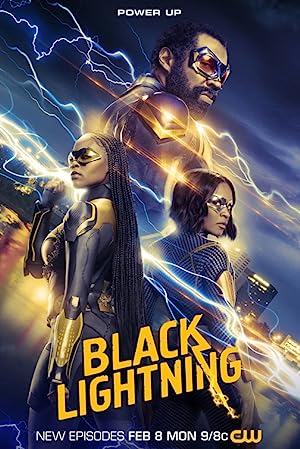 Black Lightning is an American superhero television series developed by Salim Akil, airing on The CW. It is based on the DC Comics character of the same name, created by Tony Isabella and Trevor Von Eeden. It stars Cress Williams as the titular character alongside China Anne McClain, Nafessa Williams, Christine Adams, Marvin Jones III, Damon Gupton, and James Remar. The series sees the retired Black Lightning return to the hero life and its effects on his family life. Development on the series began in September 2016 when Fox ordered a pilot production commitment for Black Lightning. In February 2017, Fox passed on the series, with it being picked up by The CW with a new script for the pilot. The CW officially ordered the series in May 2017. The first season premiered on January 16, 2018, for a 13-episode run. On April 2, 2018, The CW renewed the show for a second season, which premiered on October 9, 2018.