Black Ink Crew: Black Ink documents the tattoo artists at a Harlem tattoo shop and all of the celebrities they cater to. 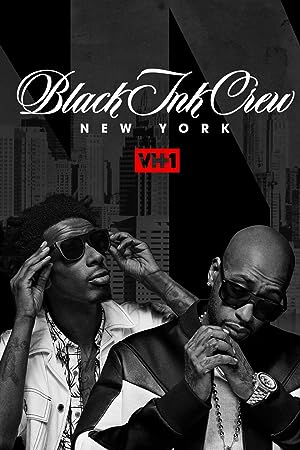 Black Ink Crew is an American reality television series that airs on VH1 and debuted on January 7, 2013. It chronicles the daily operations and staff drama at an African American-owned and operated tattoo shop in Harlem, New York. The spinoff Black Ink Crew: Chicago premiered October 26, 2015. On August 20, 2018, the series was renewed for a seventh season, which premiered on September 19, 2018.