Sitcom following husband and wife Steve and Nicky whose dream move from the city to the countryside turns into a nightmare. Co-written by and starring Jack Dee. 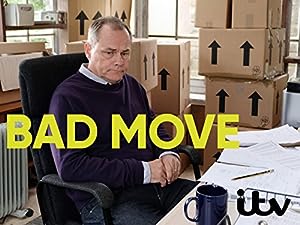 Bad Move is a British television sitcom written by Jack Dee and Pete Sinclair, that premiered on ITV on 20 September 2017. The series stars Dee and Kerry Godliman as Steve and Nicky, a couple who decide to escape city life by relocating to the countryside, only to regret it.On 7 November 2017, the show was recommissioned for a second series. It began airing on 19 September 2018.