Narcos is an American crime drama web television series created and produced by Chris Brancato, Carlo Bernard, and Doug Miro. Set and filmed in Colombia, seasons 1 and 2 are based on the story of drug kingpin Pablo Escobar, who became a billionaire through the production and distribution of cocaine. The series also focuses on Escobar's interactions with drug lords, Drug Enforcement Administration (DEA) agents, and various opposition entities. Season 3 picks up after the fall of Escobar and continues to follow the DEA as they try to shut down the rise of the infamous Cali Cartel. Season 1, comprising 10 episodes, originally aired on August 28, 2015, as a Netflix exclusive. The series was renewed for a second season, which premiered on September 2, 2016, with 10 episodes. On September 6, 2016, Netflix renewed the series for its third and fourth seasons. Season 3 premiered on September 1, 2017, but on July 18, 2018, the directors announced that season 4 would instead reset as season 1 of a new Netflix original series, titled Narcos: Mexico. The new series, released on November 16, 2018, is set in Mexico in the 1980s. 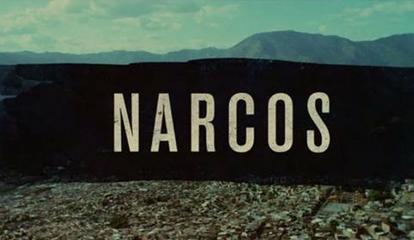