Homeland is an American spy thriller television series developed by Howard Gordon and Alex Gansa based on the Israeli series Prisoners of War (Original title Hebrew: חטופים‎, romanized: Hatufim, literally "Abductees"), which was created by Gideon Raff.The series stars Claire Danes as Carrie Mathison, a Central Intelligence Agency officer with bipolar disorder, and Damian Lewis as Nicholas Brody, a U.S. Marine Corps Scout Sniper. Mathison had come to believe that Brody, who was held captive by al-Qaeda as a prisoner of war, was "turned" by the enemy and poses a threat to the United States. The series focuses on a storyline that evolves from this premise, together with Mathison's ongoing covert work. The series is broadcast in the U.S. on the cable channel Showtime, and is produced by Fox 21 Television Studios (formerly Fox 21). It premiered on October 2, 2011. The first episode was made available online more than two weeks before the television broadcast, with viewers having to complete game tasks to gain access. The series finished airing its seventh season on April 29, 2018, and has been renewed for an eighth and final season, which premiered on February 9, 2020.The series has received generally positive reviews, with its first two seasons gaining near universal praise. It has won several awards, including the 2011 and 2012 Golden Globe Award for Best Television Series – Drama for its first two seasons, and the 2012 Primetime Emmy Award for Outstanding Drama Series for its first season. Danes has won the Primetime Emmy Award for Outstanding Lead Actress in a Drama Series twice (from five nominations) and Lewis has won the Primetime Emmy Award for Outstanding Lead Actor in a Drama Series once (from two nominations). Supporting cast members Mandy Patinkin, Morena Baccarin, Rupert Friend and F. Murray Abraham have also received Emmy acting nominations. 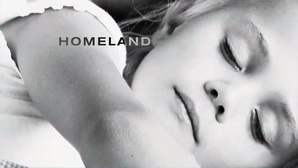