Five Points is an American teen drama web television series that premiered on June 4, 2018 on Facebook Watch. The series was created and written by Adam Giaudrone and directed by Thomas Carter, both of whom also executive produce alongside Kerry Washington, Jon Avnet, Rodrigo García, and Jake Avnet. On December 13, 2018, it was announced that the series had been renewed for a second season. 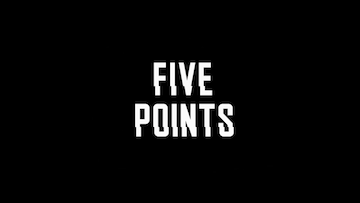