Fear the Walking Dead is an American post-apocalyptic horror drama television series created by Robert Kirkman and Dave Erickson, that premiered on AMC on August 23, 2015. It is a companion series and prequel to The Walking Dead, which is based on the comic book series of the same name by Robert Kirkman, Tony Moore, and Charlie Adlard. In July 2018, AMC renewed the series for a fifth season, which is set to premiere in 2019. Andrew Chambliss and Ian Goldberg have been the showrunners since the fourth season. 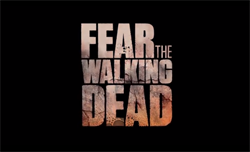