Call the Midwife is a BBC period drama series about a group of nurse midwives working in the East End of London in the late 1950s and early 1960s. It stars Jessica Raine, Miranda Hart, Helen George, Bryony Hannah, Laura Main, Jenny Agutter, Pam Ferris, Judy Parfitt, Cliff Parisi, Stephen McGann, Ben Caplan, Emerald Fennell, Victoria Yeates, Jack Ashton, Linda Bassett, Charlotte Ritchie, Kate Lamb, Jennifer Kirby, Annabelle Apsion and Leonie Elliott. The series is produced by Neal Street Productions, a production company founded and owned by the film director and producer Sam Mendes, Call the Midwife executive producer Pippa Harris, and Caro Newling. The first series, set in 1957, premiered in the UK on 15 January 2012. The series was created by Heidi Thomas, originally based on the memoirs of Jennifer Worth who worked with the Community of St. John the Divine, an Anglican religious order, at their convent in the East End in London. The order was founded as a nursing order in 1849. The show has extended beyond the memoirs to include new, historically sourced material. For the most part it depicts the day-to-day lives of the midwives and those in their local neighbourhood of Poplar, with certain historical events of the era having a direct or indirect effect on the characters and storylines. Such events include: the continuing effects of the post-World War II baby boom, post-war immigration and the 1948 founding of the National Health Service in the first series and beyond; the introduction of gas and air as a form of pain relief and unexploded ordnance in the second series; the Child Migrants Programme and the threat of nuclear warfare (including emergency response guidelines issued by local Civil Defence Corps) in the fourth series; and the effects of thalidomide as well as the introduction of the contraceptive pill in the fifth series. Call the Midwife achieved very high ratings in its first series, making it the most successful new drama series on BBC One since 2001. Since then, five more series of eight episodes each have aired year-on-year, along with an annual Christmas special broadcast every Christmas Day since 2012. It is also broadcast in the United States on the PBS network, with the first series starting on September 30, 2012.In December 2015, the Director-General of the BBC Tony Hall announced the show had been commissioned for a 2016 Christmas special and a sixth series of another eight episodes to be broadcast in early 2017, taking the characters and plot into 1962. In November 2016, Charlotte Moore, Director of BBC Content, announced that the drama had been commissioned for a further three series of eight episodes and three more Christmas specials – taking the total number of series up to nine and the story into 1965.Critical reception for the show (in both the UK and the US) has been mostly positive, and the series has won numerous awards and nominations since its original broadcast. The show has also been praised for tackling a variety of topical subjects and contemporary social, cultural and economic issues, including local community, miscarriage and stillbirths, abortion and unwanted pregnancies, birth defects, poverty, illness and disease epidemics, prostitution, incest, religion and faith, racism and prejudice, alcoholism, disability, (then-illegal) homosexuality between men, lesbianism, female genital mutilation, and maternal, paternal, and romantic love. 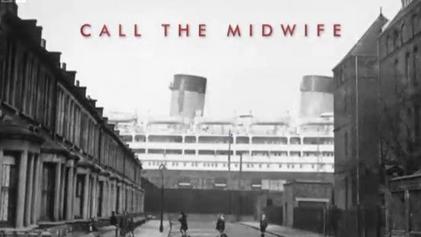