Ackley Bridge is a British television drama series set in a multicultural academy school of the same name, broadcast on Channel 4 from 7 June 2017. The school is set in the fictional Yorkshire mill town of Ackley Bridge. A second series of twelve episodes was announced on 30 June 2017, broadcasting from 5 June 2018. A third series of eight episodes was confirmed on 21 August 2018 and will air in 2019. 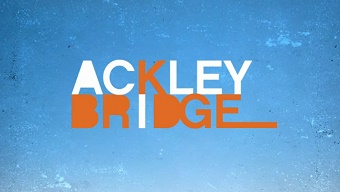